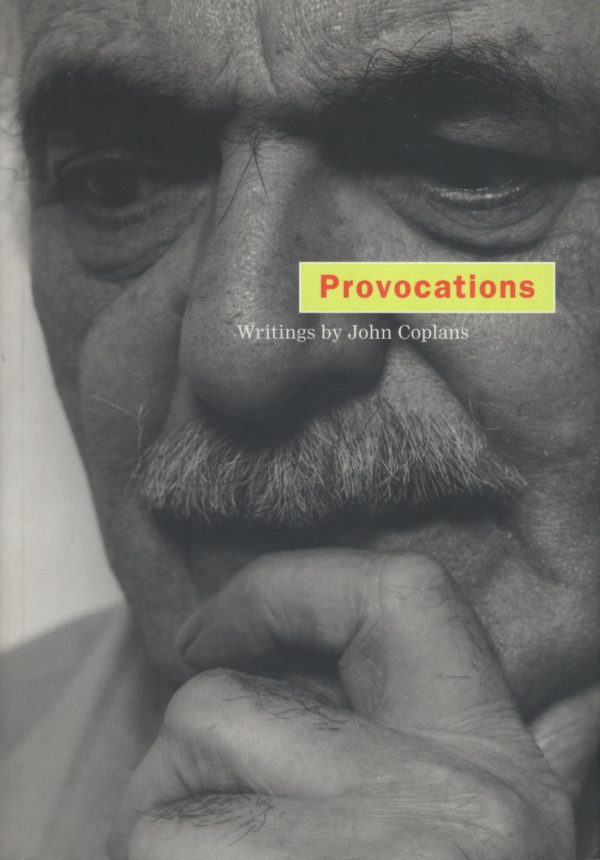 John Coplans (1920 -2003) played an important role in 20th-century American Art: as a curator, a publisher, and an artist. He was a former curator and director at the Pasadena Art Museum (now the Norton Simon Museum). Coplans was also the founding editor of Artforum magazine and later became a celebrated photographic artist, focusing on self-portraiture.

This collection of Coplans’ writings from 1963 to 1981 is edited by curator and critic Stuart Morgan.